What came in your mail today?

Moderator
Hey @gmcman , guess who'll be joining you down that rabbit hole?

I have to hand it to FedEx, ordered on Sunday night with 2 day shipping, shipped on Monday and in my huge hot hands today. Their automated phone notification is utterly useless as it said it would arrive tomorrow.

Few words of advice....When using your laptop to write a tune to the PCM, be sure to use wall power with a full battery as backup.

Never use "Save" to save a file, use "Save as". This will give you that extra step to be sure that you don't accidentally write over your stock tune.

You will need a wideband gauge, the AEM X-series is somewhat the defacto.

TollKeeper said:
Half the parts for my front end rebuild.. Still needing the control arms.
Click to expand...

The rest of my parts came in Yesterday. Going to have a busy.. busy, weekend

Moderator
Not in the mail, but it did get delivered. My sister dropped off a monitor and wireless keyboard that she's not using. Her new work from home job gave her a bunch of new stuff, so it's my turn for some hand-me-downs. Monitor measures 29" on the diagonal, sure beats the 21" and 19" that I'm using. Going to look up some mounting options, and docking stations, so I can use all 3 together. 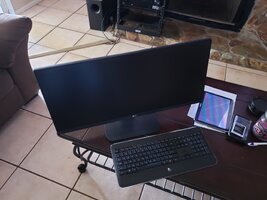 Carlton - You can't have my fish, but if you ask nicely, I'll help you catch your own

Had one of my driving/fog lights go out on me, ordered these to replace them.

Just dropped off at the front door! 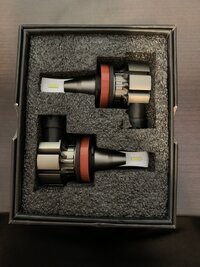 I just got bills and shit. Waiting on my mikuni rebuild kit. Thats all. Carry on.
Ubique

Moderator
While I was gone, New engineering plans for the metal garage, Snowmobile trail pass and some insurance paperwork.
Need GMT360/370 Service Manuals? Get them Here!
Need Full Size Truck Service Manuals? Get them Here!
FAQ Threads
'02 TB EXT 4.2L '06 Saab 9-7x 5.3L '07 TB LS 4.2L '11 Caprice PPV 6.0L '08 Avalanche LTZ 6.0L
This site is funded by you! If you have saved some money from help you received, please consider becoming a supporter or donating. All proceeds go to supporting the site. Thank you!

Lifetime VIP Supporter
Yet another set of replacement headlamp housings for the Sierra (OEM style, not projectors, etc.)

Truck came with a set of projectors, but the mount was broken on the P/S side, and the thing was misaligned as a result. I still have them, too, if anyone wants them. (PM me).

Next, I purchased an OEM-style set from Amazon about a year ago, but broke one of the mounts, which doubles to house the alignment screws, and couldn't get epoxy to hold the thin edge that broke back together. Found out later that the mounts on these were thinner / flimsier than OEM housings (had nothing to compare with, remember?) They did come with both high / low beam halogen bulbs, though, which was nice.

Finally broke down and got a 3rd set, this time from eBay. These have more robust mounts, like the OEM, and hopefully will hold up better. Cheapest I could find a new 'single' was about $32. A set was $52-ish, so I went for that, figuring I'll have a matched set, and a spare P/S housing.

So, yeah, I'm still rocking boring OEM-style 99-06 housings, but at least the D/S one won't be pointing downward any longer.

Moderator
Got me some new floor liners for the Av. I've had both Weathertechs and Huskys and like the Huskys better. They cover better and keep their shape.

Husky liners are harder to find here but found Truck Part Superstore that was the cheapest online ($135cad) and are less than 2 hours away. Ordered Sunday night and here just now

Moderator
Yep. And I have an older set in the TB that I found at the PnP and even those are better but these new ones do look better. The black is way better than the grey.
Need GMT360/370 Service Manuals? Get them Here!
Need Full Size Truck Service Manuals? Get them Here!
FAQ Threads
'02 TB EXT 4.2L '06 Saab 9-7x 5.3L '07 TB LS 4.2L '11 Caprice PPV 6.0L '08 Avalanche LTZ 6.0L
This site is funded by you! If you have saved some money from help you received, please consider becoming a supporter or donating. All proceeds go to supporting the site. Thank you!

Moderator
Xmas for the Av. A new Android HU to replace the pathetic stock Nav unit. It came with the OBD adapter and coming later, a backup camera (not needed since I already have one stock) and a front camera to use as a dashcam.

Also in the pic, a PWM motor controller for a vent fan I ordered for the RV and 5 timed relays that I'll be using to simulate a button press in the Av to automatically cancel the "Service suspension system" message in the DIC (writeup forthcoming). The gas strut is a kit for my tilt sled trailer to hold it in the up position while loading the sled. It was an open package deal on Amazon for almost half the price. 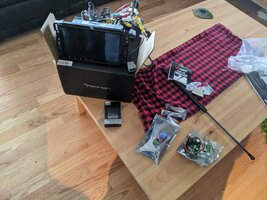 Moderator
Some oil filters, dash cam for the Av to go with it's Android HU and ACDelco air shocks. It's sagging ever so slightly and these will work really nice for that as well as when I'm towing. Good deal on them too from an Amazon warehouse deal. It's just like new except the box was opened.

Moderator
Not for the Av for once, a vent fan for the RV. Price dropped enough for me to grab it from Amazon.

Man, with all this stuff I've been getting, I need a shipping and receiving dept.

Moderator
And it continues. Order from RA came in. I think I'll do the Evap vent update tomorrow, plugs and wires. Hopefully that will take care of the shake and the fuelling problems.

Also came in was noise filters for the Android HU (if I can get it working again) and the boxes are a desk, filing cabinet and bookcase for Mrs. Moose's home office. At least her dept. is paying $500 of the $1000 cost.

Moderator
Received my canister for the Av while I continue to try and fix fuelling issues. However now we know who makes them for ACDelco.

Moderator
Tow mirrors with signals for the Av. 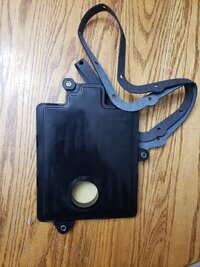 Gauge and sender to install in my plow truck.
FWIW I always use Marine gauges and senders since they are water,corrosion, vibration proof and there is a lot of good used stuff out there from boat salvage.
Gauge brands (US made): Livorsi, Medallion,Beede,Faria .
Senders: Livorsi, KUS, WEM 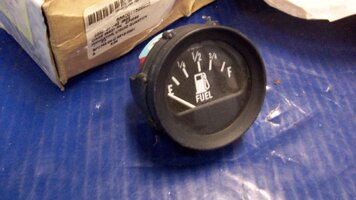 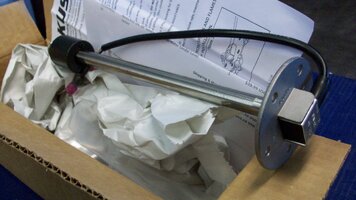 More goodness for the OPE. 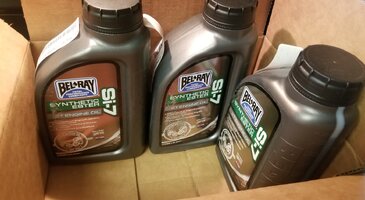 The new Echo blower requires JASO-FD spec oil so for a few bucks more I'd rather run this. Local supplier is always low or out of the Si-7.

Front tires(18x9.50-8) for my beater gas golf cart came today, shipped to TSC and I picked them up, pretty good deal....