I replaced my front struts and springs today and now my passenger side is 1” higher than the drivers side.

The springs are OE GM purchased from two different dealers, and correlates to my VIN.

The struts seem to be at the same height on both sides. 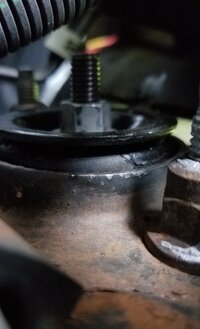 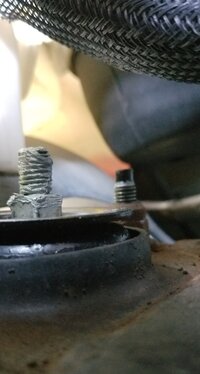 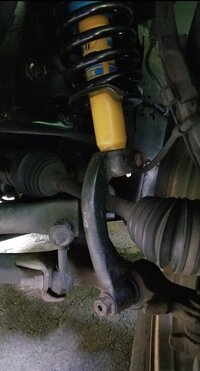 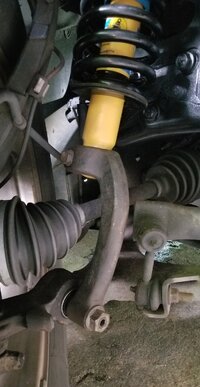 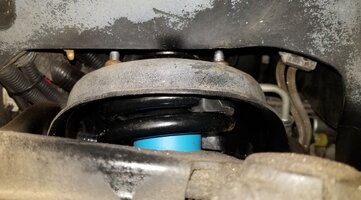 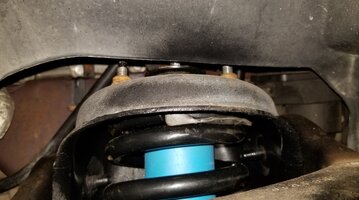 Even if I went with both the 5884's that would be quite a fender gap.

What does the average ride height sit at for the SWB 4WD I6 models?

Any thoughts on what would cause this?

Was thinking to counter act the torque of the motor but don't remember seeing a difference of 1".

Also, the lower control arm brackets with bushings, LBJ's, upper control arms and bushings have all been replaced in the last...approximately 4 years and all are tight. 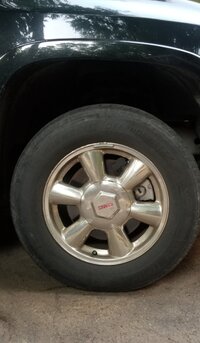 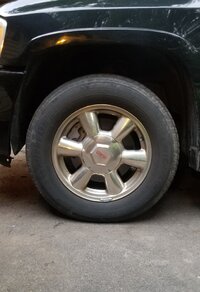 Moderator
How are the A-arm bushings?

Maybe give them a while to settle down. Other than that, I don't know. What was the reason to replace the springs? Was it even before?
Need GMT360/370 Service Manuals? Get them Here!
Need Full Size Truck Service Manuals? Get them Here!
FAQ Threads
'02 TB EXT 4.2L '06 Saab 9-7x 5.3L '07 TB LS 4.2L '11 Caprice PPV 6.0L
This site is funded by you! If you have saved some money from help you received, please consider becoming a supporter or donating. All proceeds go to supporting the site. Thank you!
How do you expect a sheepdog to protect the sheep if the farmer and the sheep keep kicking it - me
N

Silver Supporter
Usually that presents itself as a spring problem. There's nothing else that will raise or lower the ride height on a stock vehicle.
Make sure the springs are sitting correctly on the seat in the strut, both ends.
Did you check the spring height against each other before you put them in?
OP
OP

So here's the update, all is good.


Mooseman said:
How are the A-arm bushings?

Maybe give them a while to settle down
Click to expand...

A-arm bushings are good only a few years old but everything is tight. I think the driving around settled the actual 3/8" it was actually off.


NJTB said:
Did you check the spring height against each other before you put them in?
Click to expand...

I did, they were pretty much spot on.

I drove it around for about 2 hrs, when I left the driveway I measured on the road and it was only about 3/8" off....

Upon return, they are both dead even at 33 3/8". I guess after arguing with tools about a method to remove the lower strut bushing, and spending a lot of non high-quality time in the sun, I failed to realize that portion of my driveway is goofy enough and uneven that even the RR suspension also played a factor in raising the RF. Where I'm working was mostly flat but the area under the front half is twisted in relation to the rear half.....

Why did I not see this before? Honestly I didn't pay too much attention to it but after the springs were installed I was more hyper-focused.


Mooseman said:
What was the reason to replace the springs? Was it even before?
Click to expand...

They were even, I can't believe I forgot to measure before and after, but ignoring placebo, It looks to be slightly higher than before. Given the age/mileage, and parts becoming more and more NLA, I wanted to get them while I could, the LF is NLA except for any dealer stock.

On turns there was noticeable body roll, and that of course is also part of the struts being worn, but even slow turns I could feel the front end roll over a little, off ramps were very noticeable.

Complete night and day difference now, feels almost new and I believe much of this was the new lower strut bushings, which could also have caused some perceived roll in turns, the RH bushing was badly worn.

I cannot quantify how much firmer the front end is but the new springs are noticeable.

The springs and lower strut bushings were the last of the components to be replaced. The tie rod ends aren't that old but the rack is in dire needs of replacement, which is todays project.
N

Silver Supporter
Glad it worked out for you. Love the fact you took the time to source the OE springs and shocks. Alot of people just buy the uni struts and are done with it.
OP
OP

Thanks NJTB, the shocks are actually the HD variants, slightly firmer than stock but not bad at all. I've been waiting since the end of January for the LF spring. Covid slowed down what was already slow from the GM warehouses.

Moderator
I have had some weird measurements until I drove different suspension setups for a few days to let everything that I just screwed with kinda work back in and settle
The night is my companion and the highway is my home
Got me seeking for one last beacon, every single place I roam