@littleblazer ... THIS is One Helluva Great Transmission Codes, Tips, Tricks and Diagnostic Resource for a Whole Range of GM Electronically Controlled Hydro-Matic Transmissions... and that includes what the "The Red Truck 2.0 Project" will be concerned with when you find The Right 4L80E "Egg Shell" to Build upon and "Put The Music" to the Damned Thing!

I like to revisit the Great Work finished on "The Red Truck" by @brianlibby791 and of course... by @littleblazer because it is refreshing to see the proof that "Many Hands... Make for Light Work..." on Projects like theirs when carried to their conclusion.

With that idea in mind, I'm dropping THESE in here in the hopes that everyone will once more regale their exploits here, starting back on Post #1 and also have a chance to see ANOTHER "Red Truck" linked below in a Video Series being Resurrected from the Dead and Made into Something Powerful and VERY Useful, Too.

Right now, there are quite a few Contemporary Threads involving the 'N2K' (Need To Know) such as "How to Weld on Truck Frames..." and other Light Metal Panels that these Videos speak volumes about and provide PRECISION of facts and Details.

THIS is Waaaay Cooool Stuff:

Rebuilding The Rusted Out Chassis On Our Square Body - Carcass S2, E2

Good evening all. Its been awhile, i say almost two years i think since ive been terribly active. Figured id give an small update on the truck , not in detail yet but is it possible to resurrect the already resurrected? Well its happening. After a solid 30k miles since the rebuild and it being used as a service truck, the utility body has been retired as is the truck from the fleet. Going into somewhat of what the original plan was going to be (with the fleetside bed being that). Ill post more of what’s happening to it tomorrow morning. Take this as a “teaser” if you will. 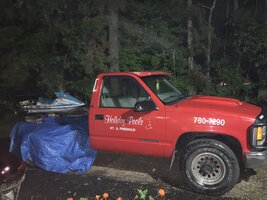 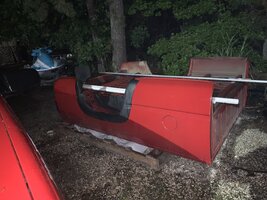 Here is a teeny bit of what ive done so far (really all ive gotten to do at least) frame is in great shape besides that one section behind the cab on the passenger side. 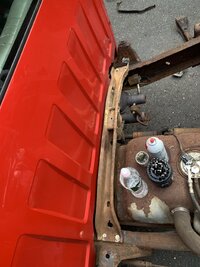 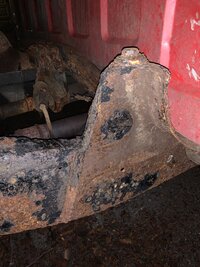 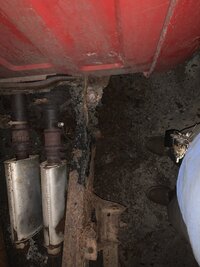 Heres some pictures from pulling the bed off. Having a service truck with a crane comes in handy 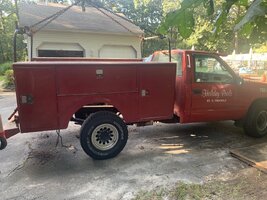 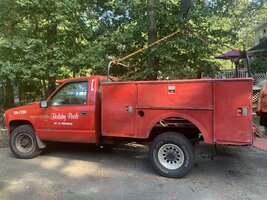 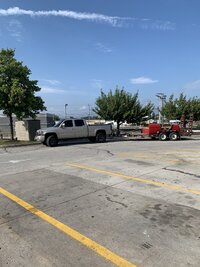 So now for whats in mind for it aside from putting the fleetside bed on.
For starters, the whole exhaust system is getting removed and redone. Catted headers (that i may or may not gut) to an x pipe and im still unsure of the mufflers, im thinking dynomax bullets (like what was on it originally) with turn downs dumped before the rear axle.
With that, since the bed is off, new fuel tank and straps, since the old ones are hanging by a thread and the current tank has a few pinholes in it.
New rear brake lines, mainly because i dont feel like fishing them behind the tank when the new one is back on.
As shown in the pictures in my post above the carrier bearing cross member was rotted out completely, as a matter of fact when i went to go put the new one on, the bolts were tight enough to where when i was breaking them free, the old cross member bent like a pretzel.
Also fixing the cab/bed mount. Going to put my welding skills to test with that one but gotta learn somewhere.
Down the line once this is all done, im pulling the poor 4l80e out to be rebuilt that should have been done 40k miles ago, and utilizing the shift kit that is still sitting in the box from when this whole project was officially started. To put in perspective how bad it is, id rather smell 200k mile differential fluid then smell the fluid in that trans.
Im sure im missing a lot of information on what im doing but this is all i can think of as of right now