How to Use a Parasitic Draw Test Switch & Cable 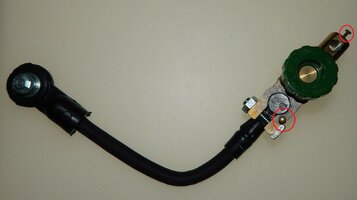 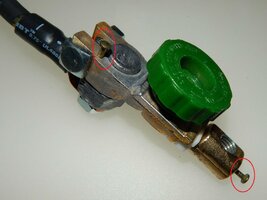 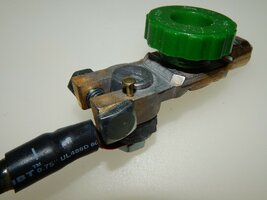 PRECAUTIONS:
ALWAYS WEAR EYE PROTECTION
REMOVE ALL RINGS, WATCHES AND JEWELRY
DO NOT CONNECT THE TEST SWITCH TO THE POSITIVE (+) BATTERY TERMINAL
DO NOT OPEN THE TEST SWITCH WITH THE ENGINE RUNNING… ELECTRICAL SYSTEM DAMAGE MAY OCCUR
CHECK THAT ALL CONNECTIONS ARE CLEAN AND TIGHT

NOTE:
ALWAYS Turn the Green Test Switch Knob to the “ON” Position before Opening the Vehicle Door to Remove a Fuse to Avoid Damage to the Ammeter.

(18) If the Parasitic Draw is TOO HIGH (Above acceptable Limits) Remove One Fuse at a Time until the Parasitic Draw returns to Normal. Refer to the Vehicle Electrical Circuit Diagram(s) to Trace down which components are the cause of the problem.

I've converted this Instructional to a PDF Document attached below:


Parasitic Draw Testing: Some Additional Tips​
(1) A Rapid way to calculate ‘...an acceptable Parasitic Draw...’ is to Divide the Recommended Battery Reserve Capacity for your Vehicle(s) defined as (RC) rating by 4:

Any Parasitic Draw above this level may require further investigation and Testing.

(2) With the Test Switch turned “OFF”… Place a 10 Amp Fuse via Two Leads across the Test Switch on those Two Brass Pins BEFORE Connecting up the Ammeter. If the Fuse Does NOT Blow once the Test Switch is Turned “ON”, the present Amperage is LESS THAN 10 AMPS. Doing this FIRST can help to prevent overloading your Ammeter or DMM and inadvertently Damaging the Tool.

(3) If the Vehicle supports maintaining the Radio, HVAC Climate Controls, Seats, Navigation Units or other After Market Items, including Computers, Cell Phones, etc, that have SLEEP MODES (Typically involved on 1998 through Later Model Vehicles, Connect a JUMP BOX ...NOT A BATTERY CHARGER to the Positive (+) and the Engine Block BEFORE Performing this Parasitic Draw Test.

(3) Remove the JUMP BOX ...JUST BEFORE performing the Test. This action will serve to preserve the Pre-Sets in Memory and not inadvertently put any of the Computers to Sleep. (Some Computers MAY require up to a few hours to Go To Sleep.

(4) Some GM Vehicles may have certain System Modules working to Wake up Periodically (On-Star, Alarm Systems and Keyless Entry Systems) so if you become aware of this Jump in Battery Power Consumption, those events should NOT be factored in with any actual Parasitic Drain Down.

(5) If the Vehicle has a Retained Accessory Power (RAP) Feature, After taking the Test Drive before Turning Off the Ignition, BEFORE Turning the Ignition “OFF” , Leave the Radio “ON”, Lower the Driver’s Side Window, then Close the Driver’s Door and reach inside to Turn the Vehicle Ignition Key “OFF”. This action will allow the Timer to “Time Out”.

(6) Some Vehicles are equipped a Switch that Detects whenever the Hood is “OPEN” for the Alarm System to sense possible Auto Burglaries to steal Engine Components/Battery, etc. This Feature MAY prevent the Electrical System from “Going To Sleep”.

This is another Good Resource for investigating Parasitic Battery Drain SPECIFICALLY Using THIS Test Switch and an Ammeter:

Thanks for Adding this information to the FAQ… This latest (FINAL) Version contains both Part 1 and Part 2: