Thank You for all this information and your patience. It is a standard base radio, no fancy display. I understand perfectly what you are saying, and after I can get thru this Covid and faamily issues I will reach out to Mooseman for his generous offer. You are right, i can go a long ways with basic tools but the more i read about this the more I recognize that I will need a scan tool. All this started after I hit some bumps in the road and it has never run now in almost a year. This is my wifes truck and I am driving a beater 97 Mercury Sable to get to from work. She hates the Sable and it is basically my mule. Oh for the days of a relucter wheel and simple computers or hey I grew up on points.... Thank you for all the info, you have no idea how much I appreciate it.
Reactions: mrrsm

We have seen instances where Used Vehicles could not be made to RUN because Prior Owners had After Market Security and Remote Starting Systems and even "LO-JACK" like Tracking equipment or even "House Arrest" Monitoring Gear installed under a Glove Box for surveillance purposes that mysteriously Drained Batteries down while staying Way Too Operational ... Well outside of the usual behavior of Auto Modules "Just NOT Going To Sleep".

If this were MY SUV... I'd be going over Every Single Inch of it ...Taking Pictures with my Cell Phone in Places where access is hard to make or necessitating crawling around under the SUV. Then later on, I would be poring over them, looking for any additional clues as to Why this Cadillac Escalade Just Will NOT Start.

Perhaps this idea may open up another avenue for your investigation whenever you feel up to it. And if you discover any 'suspicious images' of what you find as being artifacts that "Just Don't Look Right"... Post them up HERE... and let us all look things over right along with you.
Last edited: Jul 25, 2022
Toggle signature
"Chance Favors The Prepared Mind..." Dr. Louis Pasteur
"De Mortuis GMT-360... Nil Nisi Bonum..." (NEVER Speak Ill... of a Dead GMT-360)

I have a feeling the radio is to blame. It doesn't produce any sound and it is also responsible for the chimes, which are not working. When the key is on ACC, the radio should work whether the VIN matches or not, but as soon as you turn to RUN, that's when it checks for the VIN and locks itself if it doesn't match and will say so on the display.

And since you have an Escalade, it likely has a Bose amp. That could also be borked. That would also prevent the chimes from working.
Toggle signature
Need GMT360/370 Service Manuals? Get them Here!
Need Full Size Truck Service Manuals? Get them Here!
FAQ Threads
'02 TB EXT 4.2L '06 Saab 9-7x 5.3L '07 TB LS 4.2L '11 Caprice PPV 6.0L '08 Avalanche LTZ 6.0L 2021 Sierra Elevation 3.0L Duramax
This site is funded by you! If you have saved some money from help you received, please consider becoming a supporter or donating. All proceeds go to supporting the site. Thank you!

How do you expect a sheepdog to protect the sheep if the farmer and the sheep keep kicking it - me
Reactions: mrrsm
U

Radio removed, did not remove cd changer, but the result remains the same. No more time today, pretty discouraged. I did tell you it has a bypass module for the remote starter, it has an led on so hopefully that is not acting up, but that is where it is at.

Historically, a perfect repository or "Slot Machine" for the Grand Kids to experiment with by dropping in Coins, Bobbie Pins & paper Clips through the Platter Slot... Just an FYI... :>)

PS... In another instance... Somebody reported finding a "Dime" stuck inside of their Cigarette Lighter Female Receptacle... which is pretty close to where Ash Trays can become Toss In Coin Trays in most vehicles.
Toggle signature
"Chance Favors The Prepared Mind..." Dr. Louis Pasteur
"De Mortuis GMT-360... Nil Nisi Bonum..." (NEVER Speak Ill... of a Dead GMT-360)
U 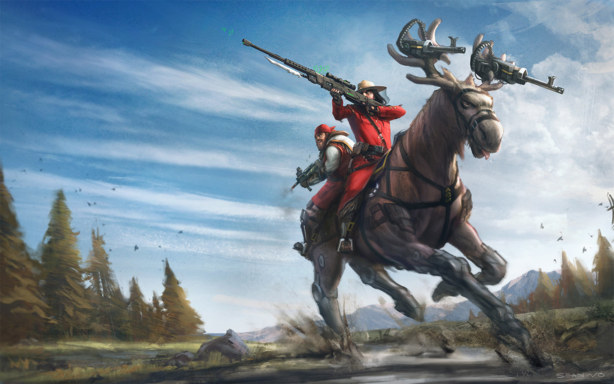 Any chance you could rop me an email? Thks Larry

I went to his place and looked at this truck's problem. It was a weird one.

Tech 2 was really of no use here. No codes except for evap. When trying to crank, it would act as if the battery was weak but it was fine. If I jumped the relay, it cranked fine but wouldn't start. With the relay, I could hear and feel the relay skipping.

Checked the power and grounds to the PCM and found that one would drop (pin #40 on green connector) while cranking. @Upsman had already replaced the ground strap to the block. All four grounds go to the same spot on the block. Checking continuity on that ground showed 20 ohms on it. Running a ground wire to that pin and/or the PCM case allowed the truck to start and run. Since this truck is a rolling rust bucket, the easy solution of running a ground wire to the case or the pin's wire will fix this instead of trying to trace the wire through the loom.

As far as the radio and chimes are concerned, the Bose amp was not responding to the Tech 2. He will check that later. He's just happy the truck is running again.

So there you have it, a bad ground.
Toggle signature
Need GMT360/370 Service Manuals? Get them Here!
Need Full Size Truck Service Manuals? Get them Here!
FAQ Threads
'02 TB EXT 4.2L '06 Saab 9-7x 5.3L '07 TB LS 4.2L '11 Caprice PPV 6.0L '08 Avalanche LTZ 6.0L 2021 Sierra Elevation 3.0L Duramax
This site is funded by you! If you have saved some money from help you received, please consider becoming a supporter or donating. All proceeds go to supporting the site. Thank you!

How do you expect a sheepdog to protect the sheep if the farmer and the sheep keep kicking it - me
Reactions: azswiss, christo829 and Blckshdw
U

So the Master is correct, he found the issue and while it only ran a few minutes and puked up a transmission cooler, we are greatly relieved that it has come back to life. Yes I will work on the other issues later. Unfortunately I ran out of time as one my Alpcas went into distress and we had to bring the vet and put her down. Then i had to borrow a tractor and dig and bury her so as time permits I will work on and keep you posted. He found it by doing the things I had not done and by being persistent he found the ECM not grounding. I will fix that but I also need to chase why it dig not do the job. So baby steps. Did buy the CD for the drawings but we have not been able to install despite repeated efforts, not sure why so am still somewhat blind but I will keep on trying, likely not till next week. Without this forum i would not have met Mooseman, thank you!
Reactions: Mooseman, azswiss, christo829 and 1 other person
U

Ok I may have found something, according to some sites I have seen, the 6.2 Escalade has several grounds on the ECM, 6 on the C1, at least 2 on C2.
Pinouts

If I ohm between several of them, open circuit. So following the harness, up the engine and on top of the intake at the back near the firewall, psgr side, i find a single black/white appearing to go to the back of the block, I pull on it and it comes off loose. Ok, so now i ohm between that balck/white which just disapears into the harness to the ECM only testing pins 1/40 to this wire or to the engine and open circuit. Ok I had to stop and i will be going out of town but now I guess is there a splice in the harness near the back of the intake that these grounds are going to? Looks like i have some exploring to do, hopefully soon.
Reactions: Mooseman
You must log in or register to reply here.
Share:
Facebook Reddit Pinterest Tumblr WhatsApp Email Share Link